Looking forward to these shows – click on the image for more info!

IT’S HERE! Ever since I released Folk In Your Face, I’ve been wanting to make a video for “I’d Rather Be High (Than An Asshole)” and now here it finally is – directed by Jamie DeWolf, featuring some of my favorite Bay Area performers! I wrote this song because not only did marijuana help me quit smoking cigarettes after I got out of the military, it also helped me deal with PTSD and generally be less of an asshole. Video & track credits below. Get the song here!

Two years ago today, I was standing trial in Philadelphia, having being violently arrested and jailed by some adorable-looking park rangers near the Liberty Bell the summer before. I’d been waiting in the 90º shade to play my song “I’d Rather Be High (Than An Asshole)” at a marijuana legalization demonstration later in the afternoon. The rangers had aggressively taken me down after refusing to tell me the reason they were clearing the park, and I later found out it was because they were using that area to process the herb they’d seized from demonstrators. The deep irony of the arrest – that I’d been prevented from playing this song due to the rangers being assholes about a marijuana demonstration – inspired me to release this video today, on the second anniversary of my conviction. And hey, Californians will be voting tomorrow on cannabis legalization! WHAT A COINCIDENCE.

I decided to enter NPR Music’s Tiny Desk Contest again this year with a new tune called “Drugs Are Bad”  – let’s call it an ode to the double standard. If it brightens your day even a smidgen, feel free to brighten mine by taking a second to Like/share/comment on the YouTube. Thanks! 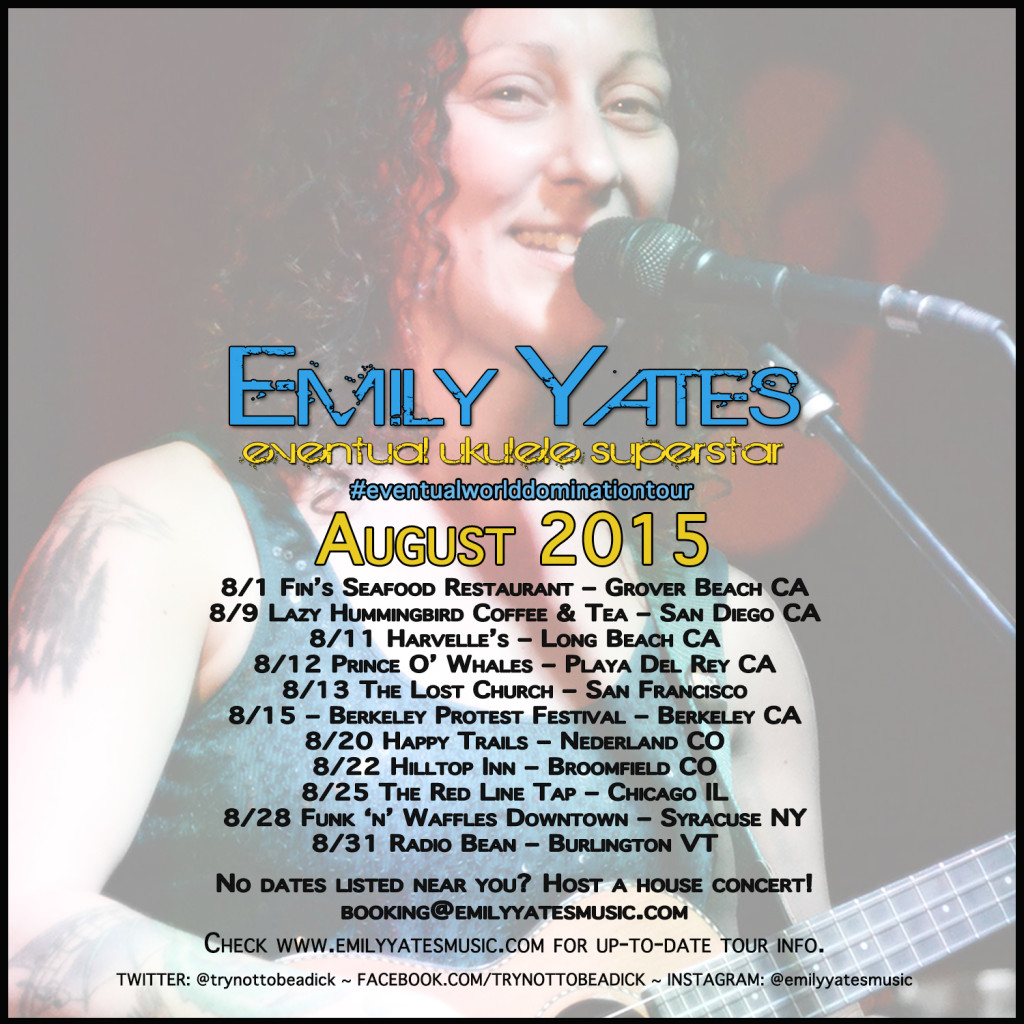 Many thanks to Brendan Walsh and Hans Webb for videoing a bunch of songs from my show on Sunday, so I can share them with all of you. Now you can sing along from the comfort of your own home!

7. “Try Not To Be A Dick” (feat. Jefferson Bergey, Kaila Love and Kate Willett)